HISTORY OF "RING AROUND THE ROSY" CHILDHOOD SONG 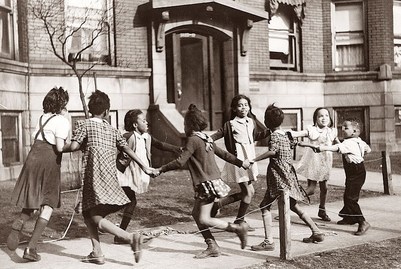 "Ring Around the Rosy" is a common childhood song and dance. Although many sing this innocently and for fun, it is really about one of the deadliest epidemics in all of history — the Black Death.

The opening words, "Ring around the Rosy," represent the skin lesion associated with the disease that appears as a bright red, or rosy, ulcerated spot surrounded by a ring.

The next line, "Pocket full of Posies," has another meaning. Physicians used to carry scented herbs and flowers, called posies, in front of their noses in an attempt to ward off the plague. Traditional 17th century London physicians wore long robes and a long beaked mask with posies stuffed inside.

The final verse, "Ashes, ashes, we all fall down," symbolizes death by the plague.

Children were apparently reciting this plague-inspired nursery rhyme for over six hundred years before someone finally figured out what they were talking about, as the first known mention of a plague interpretation of "Ring Around the Rosie" didn't show up until James Leasor published The Plague and the Fire in 1961.

VIDEO OF CHILDREN SINGING "RING AROUND THE ROSY"