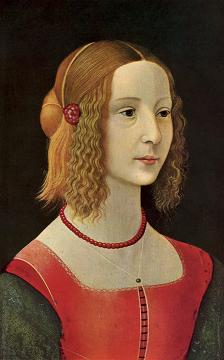 My name is Sarah Himes. I have never written in a diary before, so please bear with me. The Black Death happened to hit our village, and I am starting to see scary and horrible things happening everywhere around me; I figured that you would be the best place to record these events. It is 1348, and I am turning 21 this year. However, by the looks of the way things are going in the village, I am just hoping that I make it to my birthday.


Apparently this plague is is very deadly, and came to us by rats during sea travel through the Mediterranean. The Black Death brought three specific plagues to my village: bubonic plague, pneumonic plague, septicemic plague. These plagues have each come with there own symptoms. The bubonic plague’s systems include fever, headaches, painful aching joints, nausea, vomiting, and general feeling of malaise. Out of every person who is getting this plague 4 out of five people died within 8 days. It’s mortality rate varies from thirty to seventy five percent. The pneumonic plague is the second most commonly seen. It’s mortality rate varies from ninety to ninety five percent. Some of the symptoms that this plague includes were fever, cough, and blood-tinged sputum. As the disease got worse the sputum became free-flowing and bright red when it came out. The Black Death also includes the septicemic plague which is the least commonly seen throughout the village and has a mortality rate of almost a hundred percent. This plague includes symptoms of high fever and purple skin patches.These plagues not only covers our whole village but also it covered many of Europe and Asia.


I have seen children being left behind everywhere. Parents are fleeing for their lives, and are at the point where they aren't even concerned with their own children. It is absolutely horrifying. I have tried to go to the Church and pray about what is going on, but all of the clergy is leaving, and even the powerful Church is struggling with what to do. I almost feel like I am on an island all alone. I did not contact the plague, and I am still hoping to stay safe while helping others in my village.


The Black Death has already wiped out at least 30% to 60% of Europe’s population. Our village was left about 3/4 empty so it is a really tough time for us because we are still trying to get rid of the plague and repopulate the whole village while trying to keep invaders from trying to conquer our land.


This is my prayer:  "Please God, if ever we need your help it is now. I have very little faith left, and I know very few people still believe. Give us a miracle if you can."


That is all for now diary,
Sarah Himes